Ace Translator is a Translation Tool for 81 languages. The Shareware also enables the Translation of Web pages, Chat conversations, and Emails. It also supports the linguistic software called Text to Speech for 45 languages of the world. The range of Ace Translator supported languages goes far beyond the usual world languages, English, Spanish, French, Russian or Chinese also.

The Online Translator has mastered the handling of dozens of other languages such as Turkish, Swedish, Greek, Romanian, Bulgarian, Arabic, Hungarian, Thai, and many more. So Ace Translator his Translation work, can provide, with an active Internet connection is required. Using Text to Speech get foreign language texts, their own voice. 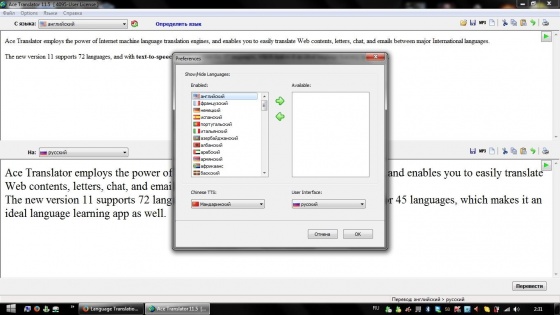