Sn0wbreeze is the counterpart to the pwnagetool, which is exclusively on the mac is usable. With the software, it is possible to jailbreak his idevice and the restrictions on the idevice, starting from the manufacturer aside.

With the software sn0wbreeze is possible on his idevice a so called jailbreak to run. Supported devices are iphone 4, iphone 3gs and iphone 3g. Further more, it is also the ipod touch in the 2., 3. And 4. Generation supports. It is also possible the ipad 1 with this software to jailbreak. In the current version is also apple tv.

The software allows creating a custom firmware and then installing this firmware on the idevice with a jailbreak. It is important to remember that before the use of the software, a backup of the idevice should be created to the original version of the firmware to be able to restore. This is for the case recommended if the firmware is faulty.

After the successful jailbreak, it offers the opportunity, for example apps on the cydia store. The cydia store is an alternative to apple's app store.

A jailbreak software, which only windows users are directed to almost all the idevices out of their apple imposed constraints to lift. Supported currently not the iphone 4s and the ipad 3. 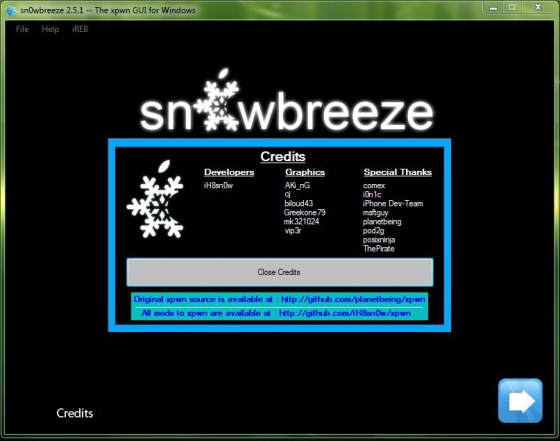 You can free download Sn0wbreeze latest full version from LoadSafeSoft.